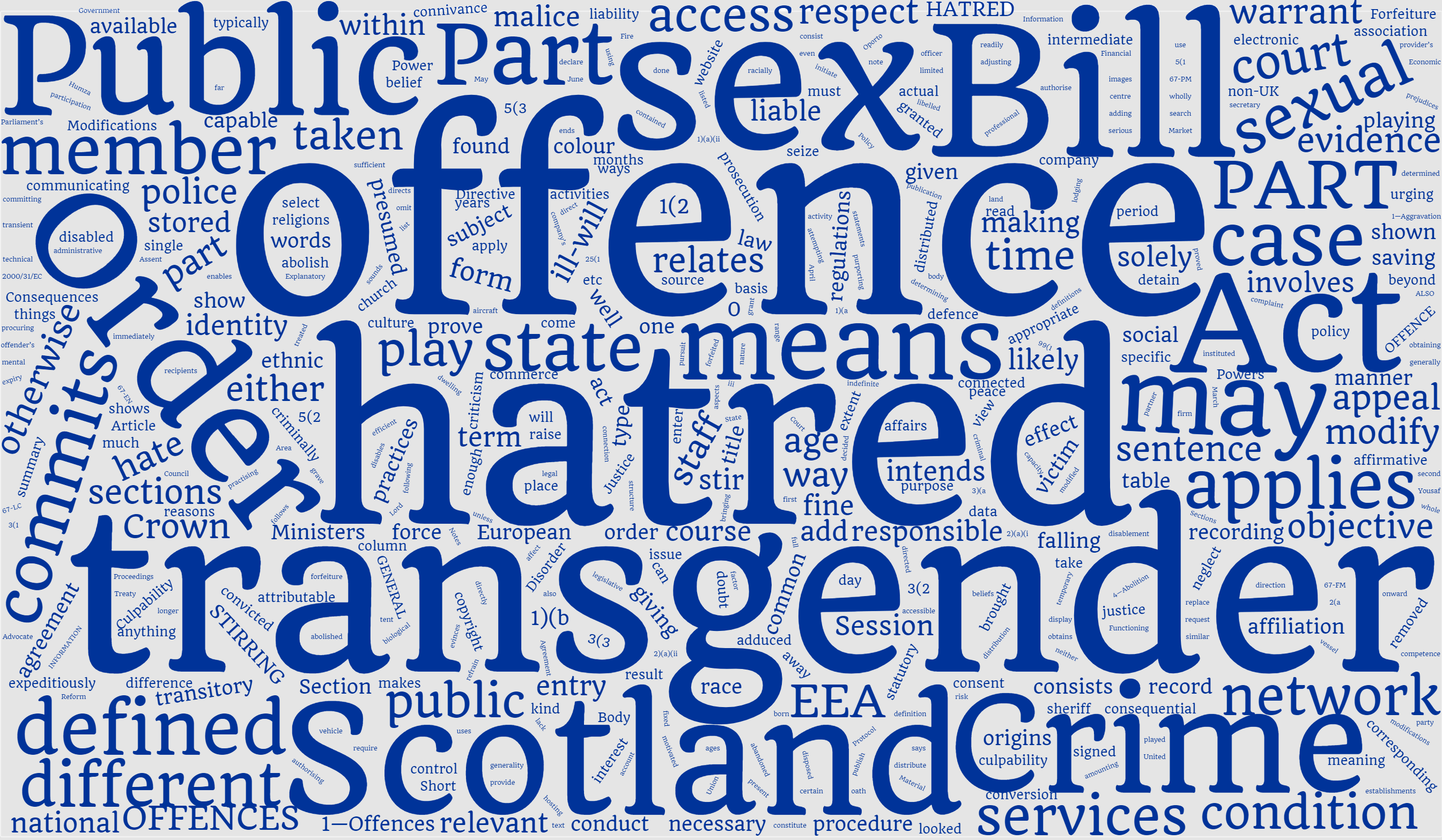 Please find below the response of Fair Cop to the Justice Committee who will scrutinise the Hate Crime and Public Order (Scotland) Bill.

Fair Cop is a group of individuals who have come together over shared concerns about police attempts to criminalise people for expressing opinions that don’t contravene any laws. If you wish to know more about us and our work, please visit our website.

Our response is limited to the new offence of stirring up hatred in Part 2 of the Bill that will apply in relation to all listed characteristics (including age, disability, religion, sexual orientation, transgender identity and variations in sex characteristics) (currently these offences only relate to race);

Question 6. Do you have views on the merits of Part 2 of the Bill and the plans to introduce a new offence of stirring up of hatred?

We are concerned by this suggestion. People have very different levels of tolerance for what they are prepared to define as ‘hate’ and varying motivations for why they will claim it. There are a variety of negative consequences that flow from this; most significantly a chilling impact on freedom of expression, particularly around contentious issues.

We suggest that any possibility that disagreement could become criminalised is very worrying, and would seem unlikely to survive challenge in the European Court of Human Rights, as an unlawful breach of Article 10.

Further, we are concerned that allowing such a subjective and ill-defined term to become the focus of a criminal offence, means that there is a risk it will encourage malicious complaints to be made that waste police time.

If the Justice Committee have not read the judgment in Miller v College of Policing we invite you to do so, as a clear example of the injustices that may follow if the criminal justice system allows an alleged victim to define the parameters of ‘hatred’

That case is reported here. Such was the importance of the issues raised in this case that the High Court certified it as appropriate for a ‘leap-frog’ appeal to the Supreme Court. We do not know when the Supreme Court are likely to hear this matter, but the Justice Committee may feel there is merit in delaying any final decisions on the Scottish Bill until that judgment is available and can be considered.

We note in particular the Judge’s comments at para 280 of his judgment:

Question 8. Do you have any comments on what should be covered by the ‘protection of freedom of expression’ provision in the Bill?

This question is linked to question 6 above; Mr Miller’s speech was found by the High Court to be protected political speech in that he was commenting on a debate that had been initiated and encouraged by the English Parliament, with regard to reform to the Gender Recognition Act.

We suggest that the role of the criminal law is to act to protect identified individuals from being targeted via abuse and harassment or threats of direct violence. The criminal law should be very slow to intervene in speech which, even if crude and abusive, is not directed at any particular person and which is concerned about issues of political importance.