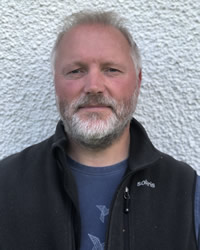 Harry Miller, a former police officer from Humberside, was investigated by police over a poem that he posted on Twitter.

A “cohesion officer” from Humberside Police telephoned Harry and told him that, while his tweets had not broken any laws, he should not to engage in political debate on Twitter “because some people don’t like it”. The officer cited 30 ‘potentially offensive tweets’, but the police have so far refused to identify the tweets they deem to be offensive.

Although no crime was committed, sharing the poem online was recorded as a hate incident.

“PC Gul described it as a limerick. It wasn’t but that is beside the point. My retweeting of a gender critical verse had apparently so enraged someone from ‘down South’ that they felt it their civil duty to act as Offended-in-Chief on behalf of my employees ‘up North.’ Not that anyone from my firm of around 90 staff had complained, of course, but again… that’s beside the point. PC Gul rang my work, spoke to my MD, then spent 32 minutes lecturing me on hurt feelings and in-vitro body parts accidentally growing from a lady brain as I sat with my shopping at Tesco. Sarcasm, satire and talk of synthetic breasts was sufficient to prompt the most urgent of police intervention. That PC Gul didn’t appear in Tesco car park with his blues and twos blaring, I suppose, is a small mercy.

‘Were any of the tweets criminal?’ I ask.

‘Then why are you ringing me?’

‘I need to check your thinking,’ says PC Gul.

I point out that 1984 is a dystopian novel and not a how-to manual but the reference is lost on PC Gul. He’s been on a course. Just not a very literary one.

The following week, the assistant chief constable threw the full weight of his bulging ACPO lapel behind his constable, sternly warning about escalation and proportionate action whilst publicly labelling me a transphobe. Just in case I hadn’t got the message (I had – I ignored it) Inspector Wilson called, urging me to disengage with public political debate. I reminded him of my Article 10 Rights. His response was, ‘If you don’t like it, sue.’

Have you been contacted by the police for expressing gender-critical views? Get in touch with us here.