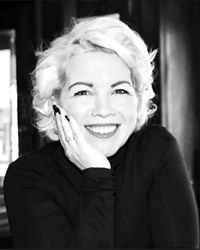 In February 2018 Kellie-Jay Keen-Minshull was contacted by West Yorkshire Police after she posted tweets about Susie Green, CEO of trans charity Mermaids.

The tweets referred to Mrs Green taking her 16-year-old child to Thailand for sex reassignment surgery, which is a matter of public record.

Kellie-Jay was interviewed twice: first in February 2018 and then in December 2018 by her local force, Wiltshire Police. Although Susie Green had withdrawn her complaint by the time of the second interview, the case was nonetheless referred to the Crown Prosecution Service (CPS). Eventually, Kellie-Jay found out from a journalist that no charges were to be brought.

On 1st February 2018, I received a text message from a police officer in West Yorkshire asking for me to get in touch. I did not believe the text was genuine, so I ignored it. Later that day, while driving, I noticed a few missed calls from the same number. I pulled over and returned the call.

A policeman with a friendly Yorkshire accent told me Susie Green, CEO of Mermaids, had reported me to the police, who had then got my details from Twitter. It had taken them some months to obtain my phone number and the report had been made in July 2017. The officer said trans issues were the topic of conversation around the dinner table, and he understood my point of view as he has a teenage son. He also, rather troublingly, said I was a test case.

He joked about this new “human rights” fight and compared it to both gay rights and black rights. I explained that lesbians had never asked to be called straight and black people didn’t want to be white; both those fights were about dignity and respect as human beings and equal rights. Trans rights are not the same. Activists want to gaslight us all into saying black is white. Who really believes trans women are women?

My solicitor got in touch with the force for disclosure. The attitude of the officer wasn’t quite so friendly in our next call, during which we arranged when I would be interviewed. The officer told me, for the second time, that if I didn’t attend I would be “wanted”. When I asked what this meant, he told me if I tried to leave the country I would be arrested. If I was pulled over while driving, I would be arrested and if the local force had to come to my house to arrest me, I would have to wait some time in the cells as he would have to come down to Wiltshire from West Yorkshire.

I am a stay-at-home mother to four children and I am a wife! I’m not Jihadi John, I am not part of a grooming gang or paedophile ring, I haven’t hurt anyone or abused anyone. I am a woman with an opinion.

I was forwarded the disclosure which included pages and pages of Susie Green’s life story, irrelevant to the case. She accuses two other people, but I’m the only one who resides in the UK, so I am the target. The report consisted of eight tweets, six of which mention Mermaids, spanning October 2016 to August 2017.

Susie’s main complaint is that I refer to castration in my tweets about her child, now known as Jackie. It is widely known that Susie Green took her son to Thailand at 16 to get Sex Reassignment Surgery, which obviously involves castration.

I met with my solicitor and his fabulous PA the week after. There’s something indescribably exquisite about a well-spoken older gentleman reading my tweets. I often tweet with sharp language to add acerbic and unforgiving sentiment. I tweet to inform and to assure people who are too frightened to speak up that they are not alone, their concerns are shared and it’s okay to disagree with the current trend of pretending biology doesn’t exist. We are many in number, mainly talking in hushed voices and closed groups. I speak out in a democratic country where free speech still existed — or so I thought.

On 23rd February I attended a police interview. A PC and a civilian hate crime officer were present. They did a bit of a ping-pong-style questioning and, although it killed me, I did a confident “no comment” as I looked each directly and defiantly in the eyes. I sat feeling angry and with a weird sense of entitlement, I wanted them to see I was not afraid.

At one point the hate crime officer put to me, that “you are factually incorrect about sex reassignment surgery, this does not involve castration”. I held a smile behind my steely expression and replied “no comment”. The officers also asked me if I knew the other people named in Susie’s complaint, as if to try and frame my objections as a conspiracy.

I listened to the entirety of both statements made by Susie Green, the life story, the accusations and the loose grip she seems to have on reality. They asked if I understood what hurt and upset I caused, if I would be upset, if I would say it to her face? I replied “no comment”, but in truth, yes: I would say it to her face, I would say it with more words and demand answers. People who know me will have no doubt that I do speak out if I see something is unjust. I am *that* woman, I intervene, I confront, I speak up.

In December 2018, I was contacted by PC Wyatt of my local force, Wiltshire, and asked to come in for another interview, as Susie Green had made another complaint. I was in no mood for attending another pointless hour in a police station for a non-crime, so I delayed any interview until mid-January. By this point, they were threatening me with arrest.

Susie Green’s new complaint was about two comments I made on my YouTube channel. One comment was that I welcomed the chance to give my views in an open court and “Bring it on Susie Green”. The other was reminding people that Susie Green had taken her 16-year-old son to Thailand to be castrated on his birthday. I will admit I said this in much less polite terms.

I believe the police were trying to charge me with the same sort of offences as in the first round of nonsense. I was even less polite at this interview and my “no comment” was much more clipped. Susie Green withdrew her complaint prior to the interview; however my case was referred to the CPS. The CPS and my local force declined to tell me for months about the outcome of the referral. I found out from a journalist, on Twitter, that no charges were being brought.

I will not kowtow to an ideology which demands I cannot speak the truth. I will not be compelled to say a man is a woman, or sterilising children is okay. I will not support puberty blockers, cross-sex hormones and a lifetime of drugs as a solution for kids who don’t fit in or who struggle with their identity. I will not pretend I think a charity courted by the police, children’s charities and even the Royal Family is one with great outcomes for all children it touches. I will not pretend a woman who circumvents UK law to give her son treatments that are illegal in the UK is right or good.

Have you been contacted by the police for expressing gender-critical views? Get in touch with us here.