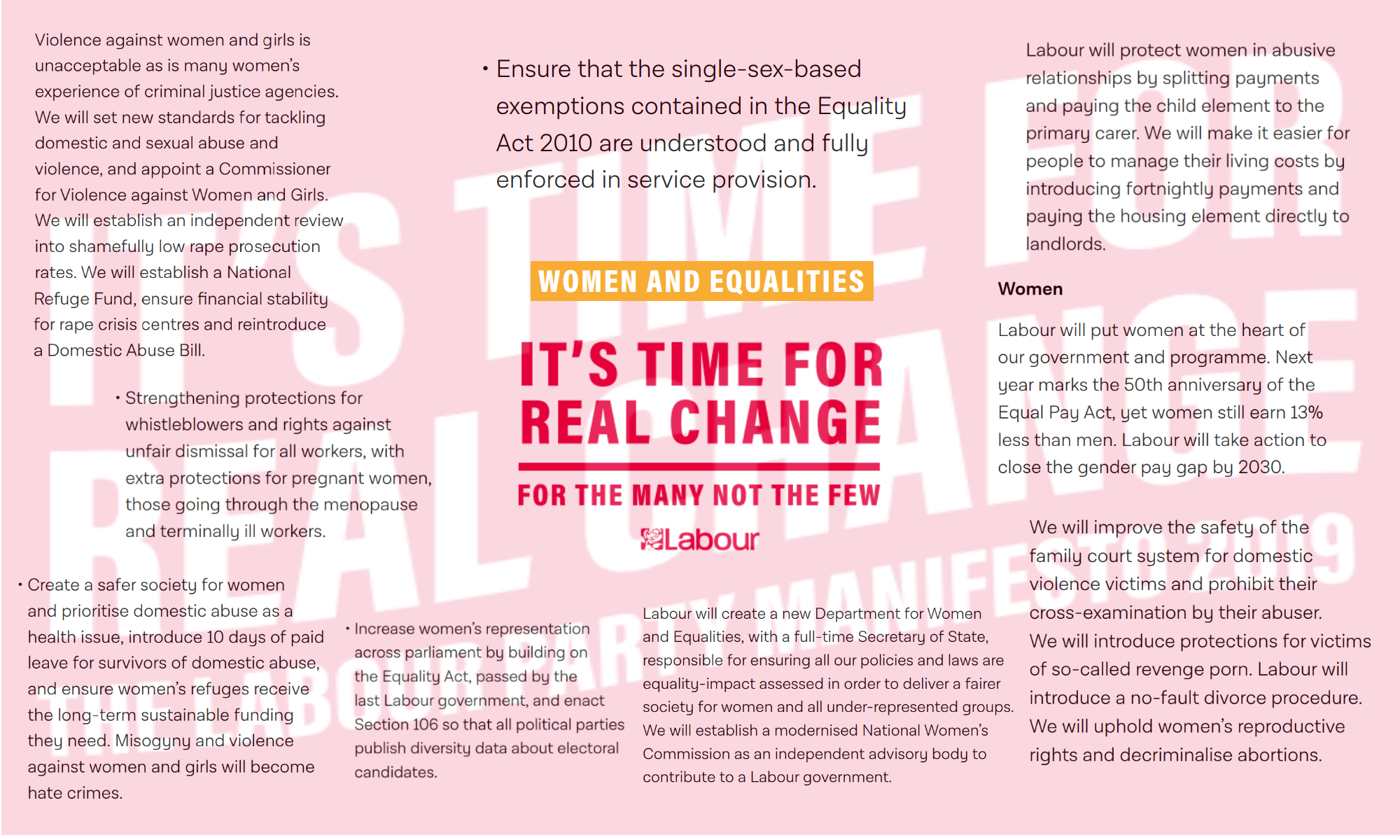 We write to you as members of the organisation ‘Fair Cop’. We are a group of lawyers, former and serving police officers and other professionals who are dedicated to upholding Articles 8 through 11 of the ECHR. Sadly, some of our members have to remain anonymous due to the potential negative impact of public engagement in certain debates, but you may be aware of our Founder Harry Miller, who recently won a Judicial Review against Humberside Police. Mr Miller’s case against the College of Policing has been ‘leapfrogged’ to the Supreme Court, such is the importance and significance of the arguments he raises about protected political speech and the police Hate Crimes Operational Guidance.

You can read the judgment handed down in February 2020 by Mr Justice Knowles here: https://www.judiciary.uk/wp-content/uploads/2020/02/miller-v-college-of-police-judgment.pdf

Mr Miller was originally contacted by police over his participation via social media in the debate around reform to the Gender Recognition Act. That debate continues; its focus of concern being suggested reform to permit some system of ‘self-identification’ to replace the current process of obtaining a Gender Recognition Certificate (GRC). ‘Self-identification’ means that those with male bodies will be treated as female on their assertion alone (and vice versa). This has obvious and serious implications for single-sex spaces for women and girls, which are currently protected by the Equality Act 2010. There is no doubt that this debate has provoked strong feelings. But equally, we would suggest there is absolutely no doubt it is a legitimate debate in the public interest and those who express a view – even if those views are ‘unsophisticated’ – are exercising their Article 10 rights as political speech, which attract enhanced protection.

We are aware of, and share concerns about, the recent demand by various Labour MPs that party members sign up to a ‘pledge’ to assert that ‘transwomen are women’ and that a failure to do so should result in expulsion from your party. We are writing now because our concerns have been heightened by the letter published on June 5th 2020 at 15.37 by the Labour MP for Coventry South, Zarah Sultana, via the social media site ‘Twitter’ (see enclosed). Ms Sultana explains the purpose of her letter as seeking answers from the Minister for Women and Equalities, Ms Elizabeth Truss, about the Government’s plans for the ‘reform of the Gender Recognition Act and trans healthcare’.

We have a number of serious concerns about the tone and content of this letter, which we set out in more detail below. Given those concerns we write to you now to ask that you make it clear what Labour Party policy is with regard to open, public and transparent debate about the GRA and the importance of sex as a protected characteristic and the necessary requirements for single-sex exemptions embedded in the Equality Act. Is it your view that those who do not agree with what is set out by Ms Sultana are not then fit to be members of the Labour Party? How does this letter square with the 2019 Labour Party Manifesto that committed to “Ensur[ing] that the single-sex-based exemptions contained in the Equality Act 2010 are understood and fully enforced in service provision”?

I am sure you can appreciate the real anxiety and confusion expressed by many over this issue, particularly with regard to the Party leadership’s lack of engagement with Labour members who have raised the same concerns. We note, for example, that Labour Women’s Declaration has received no response to an invitation to discuss, online, the Party’s approach to ‘gender identity’ and women’s sex-based rights.

We think the tone and the language used by Ms Sultana is pejorative and inflammatory and unhelpful in the debate. We hope you will agree this is not the way to conduct a debate over such an important issue and we have no doubt it will alienate and anger many. There are now legal challenges arising on a great many fronts about the irresponsible hijacking of our laws and guidance by partisan lobby groups. If the Labour Party is going to position itself as very clearly in one camp, to the extent it believes it acceptable to call those who disagree ‘hysterical’ and ‘hateful’, then we would be grateful if you would make it clear if Ms Sultana’s letter accurately reflects official party policy.

We will now set out our particular concerns with what she says in her letter.

Ms Sultana appears to be either confused by the interaction of the Gender Recognition Act 2004 and the Equality Act 2010 or is proceeding on the basis that ‘transwomen are women’ and therefore may access single and separate sex services regardless of the holding of a GRC. She goes on to say in paragraph 4 that ‘we have seen in recent years a growth of extreme and transphobic hysteria surrounding this issue’. And in the next paragraph ‘… an attempt by transphobic organisations and individuals to influence the Government’s consultation on… GRA reform’. This is blunt and concerning language, particularly in light of what remains the current position with regard to mandatory recording of alleged ‘hate incidents non crimes’ by the police. We note there is no attempt to identify exactly which organisations and individuals display this hysteria and phobia. We suggest that this is a sensible omission by Ms Sultana given the operation of laws around defamation. However, we are concerned to note this kind of language used by a serving Member of Parliament against those who are exercising their rights of expression pursuant to Article 10 of the ECHR.

Ms Sultana then goes on to criticise the Government’s response with regard to provision of potentially irreversible medical and surgical interventions to those under 18 who identify as ‘trans’. She relies upon a study which apparently found a very low rate of ‘regret’ in adult transitioners but fails to comment on the methodology of that study which is not, we suggest, persuasive. It relied on scanning patient assessment forms between 2016 to 2017 for ‘words related to detransition and regret’. We suggest this cannot be a credible study on which to base an argument that irreversible treatment for those under 18 should be free of further scrutiny. See page 118 for further details regarding this study: https://epath.eu/wp-content/uploads/2019/04/Boof-of-abstracts-EPATH2019.pdf

But regardless of our opinion, I am sure you are aware and will note the forthcoming judicial review by Keira Bell and Sue Evans against the Tavistock and Portman NHS Foundation Trust over the treatment approach by clinicians at the Trust’s Gender Identity Development clinic for children, where no doubt these issues will be examined in much greater detail. You can read more about her legal action here https://www.bbc.co.uk/news/health-51676020. Meanwhile, the NHS have also very recently and quietly changed their website guidance with regard to the merits of prescribing ‘puberty blockers’ for children, now giving a more balanced and evidence-based statement of the very many lifelong harms that prescribing hormone or puberty blockers to children can cause. See https://www.nhs.uk/conditions/gender-dysphoria/treatment/.

Ms Sultana then details a number of statistics that apparently serve to prove that trans people are particularly vulnerable and this in itself is a reason for the Government not to raise concerns about medical intervention for children. As her reference shows, she gleans these statistics from information provided by Stonewall. We raise serious doubts about the credibility and reliability of unverified statistics produced by a political campaigning group, especially given the prevalence of misleading trans statistics. See: https://medium.com/@sue.donym1984/the-transgender-movement-and-bad-stats-a-debunking-compilation-31760947b382

These statistics should certainly never be used on their own as a justification for demanding a shift in expressed Government policy to safeguard the welfare of vulnerable children.

We note with regret that Ms Sultana ends her letter by urging the Government not to be influenced by a ‘hateful minority’. We find this astonishing language to be used by a serving Member of Parliament. If Ms Sultana is going to stand by these assertions, then she needs to identify those organisations and individuals she asserts make up this ‘hateful minority’, explain why their freedom of expression on such an issue of public interest is either ‘hateful’ or ‘hysterical’.

We are sure you will agree that a lack of transparency and dialogue leads to bad laws. Name-calling, appeals to emotion and misleading statistics do not advance the rights of women, children or trans people. Instead of fighting a war of words on social media, we would welcome the opportunity to meet with Ms Sultana and you to discuss her comments, and work out how we can set the tone for more constructive, respectful and evidence-based approaches to this subject.

We would be grateful for a response within 28 days.