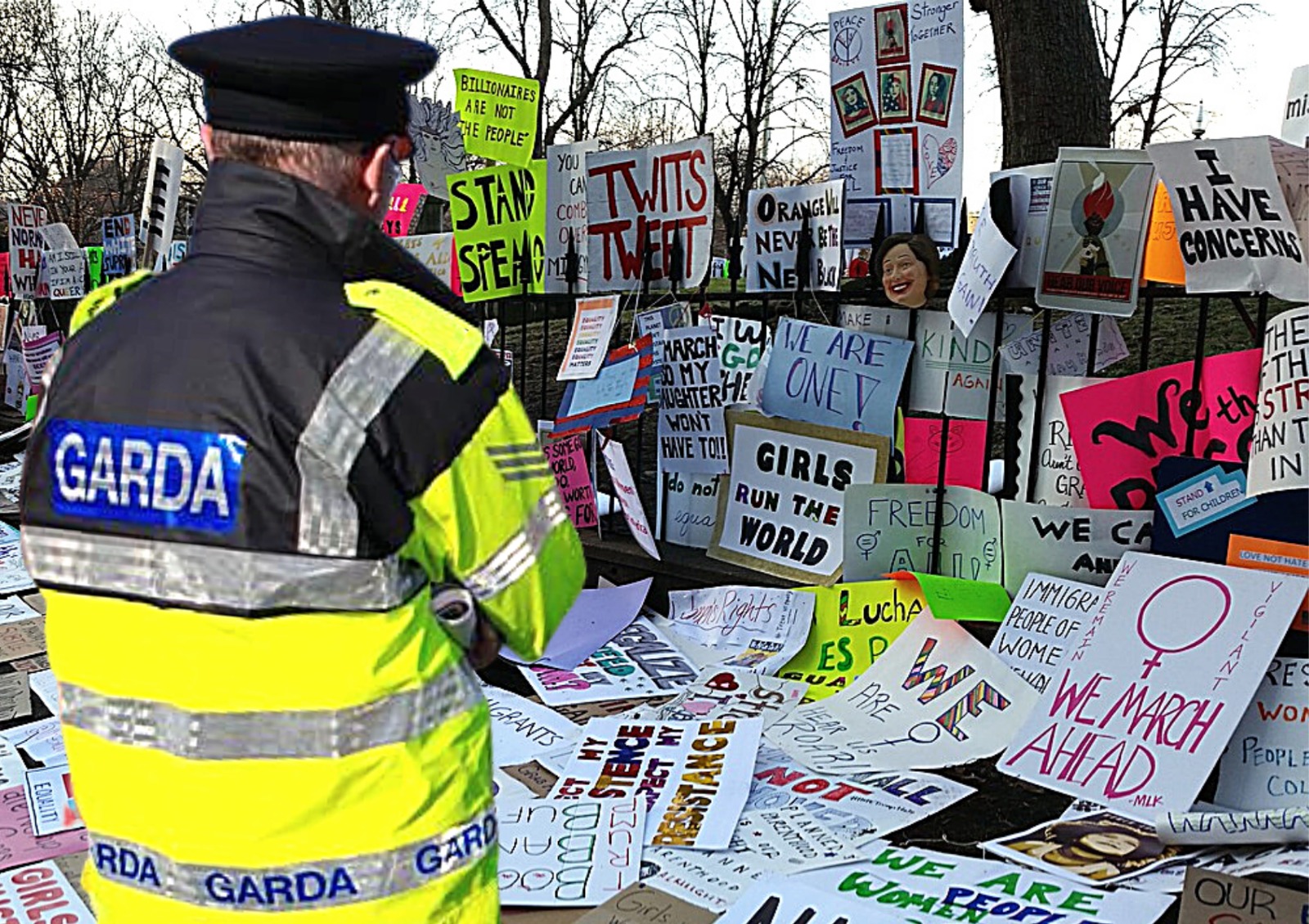 With the Law Commission of England and Wales’ announcement of a public consultation into hate crime, the public will have a chance to have their say on whether misogyny should be considered a hate crime.

Ireland may provide a chance to see this in practice beforehand as our police force, An Garda Síochána, has confirmed that one of the nine strands of diversity in proposed hate crime legislation is “gender” along with age, disability, race, colour, nationality, ethnicity, religion and sexual orientation. The Garda press office has confirmed that “gender” includes sex.

The charity Citizens UK was reported earlier this month as saying that women were three times more likely than men to experience threats and acts of sexual violence and assault.

Philip Grindell, chief executive of threat management consultancy Defuse Global, is reported as saying “My personal view is misogyny should be a hate crime – women are being disproportionately targeted on the basis of their gender.”

Women in particular are also being targeted over gender ideology and have been forced out of jobs, de-platformed and subjected to threats and abuse for having the temerity to defend ourselves as a sex with our own rights. 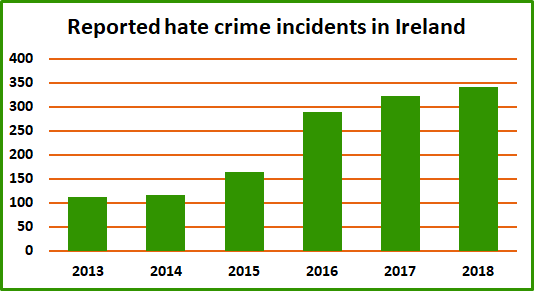 Irish law prohibits certain forms of threatening, abusive or insulting conduct that are intended or likely to stir up hatred against a group of persons on account of certain characteristics. These characteristics are race, colour, nationality, religion, ethnic or national origins, membership of the Travelling Community and sexual orientation, under the Prohibition of Incitement to Hatred Act 1989 Act.

We don’t currently have specific legislation dealing with hate crime, although a hate motive is an aggravating factor that judges can take into account (on a non-statutory basis) at sentencing for any criminal offence according to our Department of Justice and Equality. According to the Irish Examiner newspaper, Garda figures show there were 342 reported incidents of hate crime in 2018, compared to 323 in 2017 and 290 in 2016. These in turn compared to 164 incidents in 2015, 115 in 2014 and 112 in 2013.

Shortly before last Christmas, the Gardai produced a Diversity and Integration Strategy 2019-2021 in which hate crime is defined as “Any criminal offence which is perceived by the victim or any other person to, in whole or in part, be motivated by hostility or prejudice, based on actual or perceived age, disability, race, colour, nationality, ethnicity, religion, sexual orientation or gender.”

There is also a category of “Hate Incidents – (Non Crime)” defined as “Any non-crime incident which is perceived by any person to, in whole or in part, be motivated by hostility or prejudice,” based on the same nine categories of diversity.

According to the Gardai “gender” is defined as including “gender identity, transgender, intersex, gender expression and gender exploration.” Seeking clarification as to whether or not “gender” includes sex “i.e. a criminal offence or non-crime incident motivated in whole or in part by hostility or prejudice to a woman (born female) because of her sex?” the Gardai confirmed that “’Gender’ includes sex.”

“The definition was constructed after a process of research, consultation and consideration of other jurisdictions,” the Gardai explained as to where the definition of gender was obtained and why it includes “intersex”.

Those who actually have Differences of Sex Development (DSDs, formerly known as “intersex”) however have repeatedly pointed out that their medical conditions have nothing to do with gender identity and shouldn’t be conflated with it.

The Gardai say that “The production of this strategy coincides with the introduction by An Garda Síochána of a `working definition of hate crime`to ensure that our Policing Plan commitment of delivering a victim-centred policing service, focussed on keeping people safe, protecting the most vulnerable and providing a consistently high standard of service is met.”

When it comes to actual crimes misogyny would appear to be a factor in the disproportionate number of sexual offences committed against women.

According to our Central Statistics Office, 89% of victims of sexual violence crimes reported in 2018 where the crime occurred within one year of its reporting were females. (The number of male victims of recent crimes reported was significantly lower (192 males, compared to 1,562 females) but within this cohort, the male victim was under 18 years at the time of the offence in over half the cases.)

Sexual offences also had the lowest detection rate at 11% compared with homicide and related offences at 75% and controlled drug offences the highest at 85% in 2018.

In 2015 Ireland’s legislators passed a self-id Gender Recognition Act permitting men (and women) to fill out a form and declare themselves to be of the opposite gender:

“Once a Gender Recognition Certificate is issued, the gender of the person named on the certificate becomes for all purposes the preferred gender from that date forward.

Women in particular are also being targeted over gender ideology
What could be more misogynistic than to deny women the truth of our biological definition by including men in the definition of women, to erase our name by saying “people get cervical cancer”; to allow men into women’s hitherto private spaces of toilets and changing rooms, sports, prison, political representation and awards? To do so shows a deep level of disrespect for women and a complete disregard for our fear of a male body in a private or confined space where we would not expect to be made vulnerable and at risk of being assaulted.

Misogyny is defined as “a hatred of women”. Expressing the view that “transwomen are women” clearly displays hostility or prejudice towards women as a sex so it could perhaps be argued to fit the definition of a non-crime hate incident under the Gardai’s proposals.

A hate speech public consultation was held late last year with around 3,800 responses including some 175 detailed written responses. The Department of Justice and Equality was reported in February as saying that draft laws to deal with hate crime and hate speech would be published later in spring. Two months ago the Department said that is was “working as a priority” to develop the new legislation

Jill Nesbitt ​is a former journalist who has worked freelance and on the staff of The Irish Times, as a researcher on The Consumer Show for RTE, Ireland’s national broadcaster, and more recently on news stories for The Sunday Times and The Times (Ireland editions).

To submit a response to the Law Commission consultation on hate crime law, visit: https://consult.justice.gov.uk/law-commission/hate-crime/