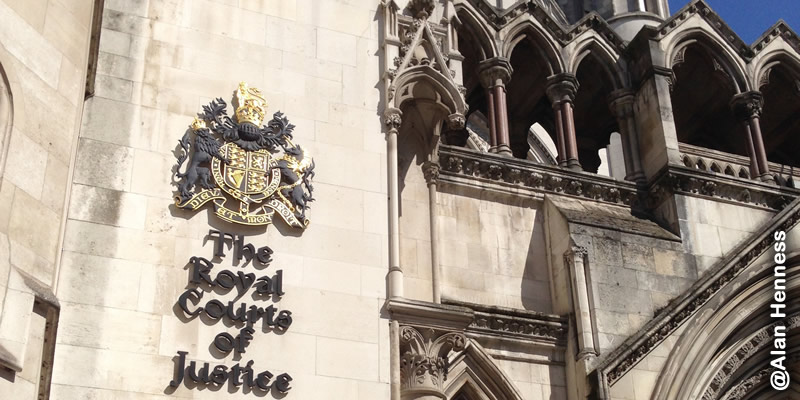 Forget the Supreme Court’s ruling on the prorogation of Parliament. The most important legal case of the year is scheduled for 20–21 November — and you’re invited!

As many of you know, this August, Fair Cop secured a judicial review into Harry Miller’s alleged ‘hate incident’ and the College of Policing’s guidance on hate crime that has enabled police forces across the UK to harass people for disagreeing with gender ideology.

And that’s where you come in. On the first day of the hearing, Fair Cop and our supporters will be peacefully demonstrating outside the Royal Courts of Justice on the Strand in London to show just how many of us are fed up with the police accusing people of thoughtcrimes for saying that men aren’t women. That’s why we’d love you to come down to the RCJ on Wednesday 20th November and lend your support to the fight for freedom of expression. And, of course, to have a bloody good time.

This is not just a protest — it’ll be a celebration of everything that the gender-critical movement has achieved in the last few years. There will be all the colour and camaraderie of any demonstration, as well as the chance to meet sheroes like Posie Parker and Dr Louise Moody. And, of course, to meet up with friends, allies and collaborators who you might only know online.

The problem with us gendercritters is that we are islands of common sense amid a sea of cowardice and dishonesty. We each have our own little victories when we peaktrans a friend or a colleague, but it’s only when we come together in a common cause that we become impossible to ignore — as we’ve seen with events such as the wildly successful Women’s Place UK. So, if you’re sick of police harassment of wrongthinkers like Kate Scottow, Posie Parker, Caroline Farrow, Dr Julia Long, Margaret Nelson, Graham Linehan and many others, meet us outside the Royal Courts of Justice on 20th November — and get ready to party like it’s 1984!

If you’d like to come and support Harry and Fair Cop while we seek to make history, just drop us a line here.

Sometimes the battle against gender ideology feels like one step forward, one step back — not least in a month when police stood idly by while a masked mob intimidated a women’s rights meeting. This is our chance to stand up for every victim of police harassment, to demonstrate the spirit and resolve of our movement — and to show that we won’t go away until we’ve secured the right to speak the truth without police harassment.