If you can bear to hear the truth you’ve spoken… 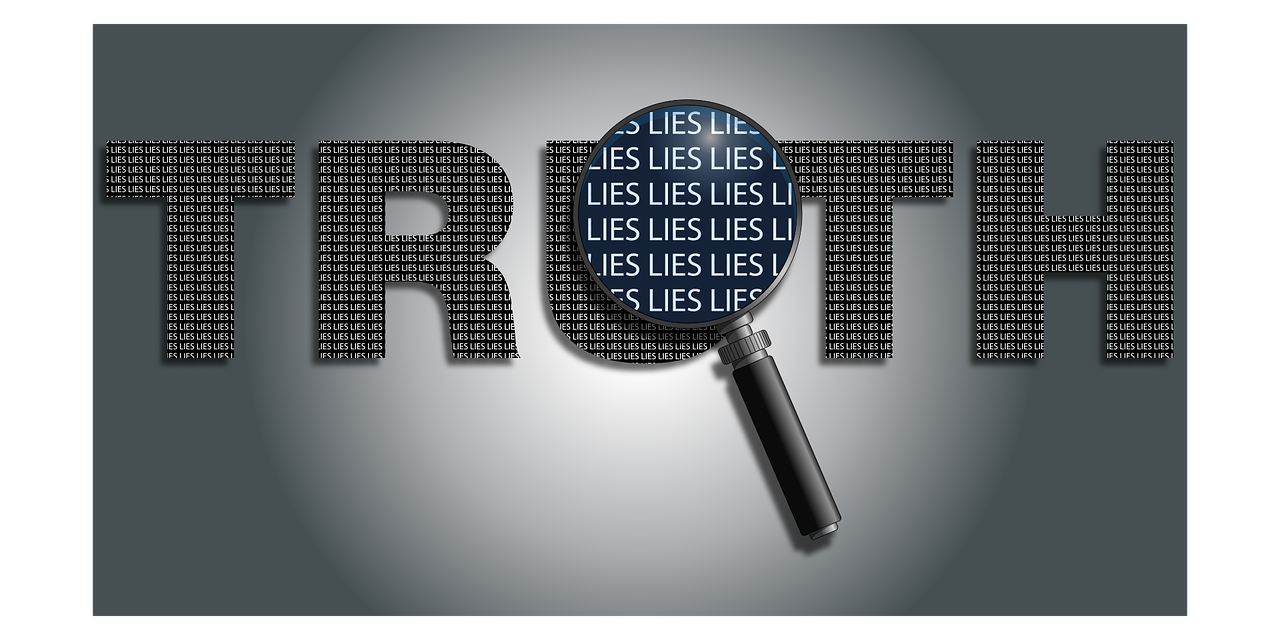 …Twisted by knaves to make a trap for fools

Sarah Phillimore writes of her experiences of being branded an ‘anti-Semite’ and a ‘transphobe’, the bizarre behaviour of Twitter, her attempts to seek legal remedy, and her concerns about the corrosive consequences of all this for public debate on matters of great importance, as well as the impact on women’s physical safety.

I have reasonable grounds to believe that everything I say in this post is true and fair comment on matters of public interest. If Mr Paisley and Ms Blackman disagree they may of course take me to court. I welcome further investigation of all these matters on the most public stage possible. They are matters of vital importance to the continuing health of our society and our democracy.

On 25th January 2021 I was suspended permanently from Twitter for this:

“I have a pretty good idea I know exactly who Frank is. One of his group was convicted for harassing me. I just have to be patient and they will author their own misfortune soon enough.”

Before, I received two 12 hour suspensions for similarly innocuous comments.

Jan 14th: “O I am sure he will. I usually get at least one amusing complaint every few months”

Jan 15th: ”You Whore of Babylon! Put those tempting limbs away! Lest I am overcome. #wheresmysandwich”.

Twitter emailed me on January 28th 2021 — they reviewed my suspension, had made a mistake and my account would be restored. But it wasn’t.

A few days later Twitter asserted I was suspended for attempting to evade permanent suspension. This made no sense. I appealed again. On 17th February Twitter said @SVPhillimore would remain suspended for violation of rules against setting up multiple accounts for abusive purposes. I didn’t understand this either. Twitter had confirmed @SVPhillimore had been wrongly suspended, and a second account @SarahPhillimor2 had been set up prior to suspension in December 2020 and was dormant and not abusive. I raised further polite query. Twitter replied to say @SVPhillimore would not be restored due to ‘multiple breaches’ and I must not contact them again. On 23rd February Twitter then restored both accounts without any further communication to me or my solicitors, who had written to them on February 22nd.

It is thus very difficult to understand what on earth Twitter is playing at. However, I suggest no one can reasonably claim from those tweets and Twitter’s responses that I was suspended for ‘anti-Semitism’ or ‘transphobia’. So it was a matter of considerable shock and distress to find that many were very certain about this, to the extent that accusations morphed into confident assertions that I had been suspended for ‘Holocaust Denial’.

Claims that I was suspended for ‘transphobia’ and ‘anti-Semitism’

It was not difficult to see why this happened. The SNP politician Joanna Cherry had tweeted on January 26th sharing my bafflement as to how the quoted tweet merited my suspension. An opportunity to cause harm to Ms Cherry was spotted and seized, screenshots of historic tweets of mine were posted, absent all context and grotesquely misrepresenting what I had said in order to attack Ms Cherry as supporting an ‘anti-Semite’ and ‘transphobe’.

I set out archived links below to some of what was said about me on Twitter and in the newspapers. I was particularly horrified to note that David Paisley (22K followers) suggested I approved the burning of synagogues. Further, that Kirsty Blackman, an SNP politician (200K followers), asserted that such allegations were true.

Some claimed great offence that I referenced the Holocaust in relation to another anonymous poster who claimed to be related to some of its victims. No one bothered to refer to the start of that conversation, where the poster boasted about burning JK Rowling’s books. I responded with the famous quote of Henreich Heine: ‘where they burn books they will ultimately burn people’ and the conversation went from there.

I make no apology. The Holocaust was an event of supreme significance in our history, for all of us. I am allowed to reference it. I am allowed to express concern that right now we have people urging others to burn books and dehumanise those who challenge them. We have many lessons from history about where this road will lead. If you find that offensive you do not have to read what I say or seek me out. I am not standing outside your house, shouting my disgusting views through the letterbox.

But polite disagreement or pragmatic ignoring is not how we roll these days. Where’s the fun in that? Shortly after my suspension and the online furore, Joanna Cherry had to seek police protection following credible threats of sexual violence. Both Paisley and Blackman then wept crocodile tears on Twitter to make it clear that of course they didn’t condone this. If this display was genuine – which I doubt – then that raises significant questions about their intelligence. Just what do they expect will follow their enthusiastic online branding of women as hateful bigots? Just who do they think is in their audience and cheering them on?

How can you defend freedom of speech but support legal action in defamation?

I considered my options carefully. Some people struggle to reconcile my public statements about the importance of free expression with my willingness to take action in defamation. They do not appear to have read or understood Article 10 ECHR. The rights it protects are not absolute – they cannot be, in any society worth living in. You do not have a right to incite violence against another, harass them or tell lies about them that harm their reputation. I do not deny Mr Paisley or Ms Blackman their right to assert their belief that I am a bigot. However, I think that both went much further than that and asserted or implied that this was true. That is likely to seriously damage my reputation in the eyes of many. It is harmful to me – that is why it was done. I have little doubt the aim of many who repeated the smears with glee was to make me cry, make me afraid, make me delete my social media accounts or possibly harm myself. Better luck next time.

I appeared on Graham Linehan’s YouTube channel on February 2nd and explained how angry I was. When reading the live comments alongside our discussion I decided to start a crowdfunder to see if I could raise some money to bring a legal action in defamation. To my surprise, I exceeded my target of £20K in about three days.

Many were angry with Paisley and Blackman and told me I was not their first victim. A colleague of Blackman’s made the mistake of donating and leaving a supportive comment – he was promptly sacked from the SNP front bench. Blackman however received no censure for her public behaviour.

Advice from my solicitors

I instructed solicitors, we had a conference, they shared my concerns at the false assertions being presented as truth and they attempted to persuade Mr Paisley and Ms Blackman to delete their tweets, publicly state that I had not been suspended from Twitter for anti-Semitism or transphobia and to pay my legal costs to date.

Both refused to make any public statement or pay my costs, relying on the defence of ‘fair comment’. Ms Blackman said she would delete some tweets but she had a genuine belief I was both a transphobe and an anti-Semite and I ought to pay her legal costs. Mr Paisley initially deleted one tweet, then had to be chased through his agent to reply to my solicitor’s letter, to which he replied that he would counterclaim against me for my ‘mockery’ of him.

So by Monday March 8th 2021 I was left with about £15K donated by over a thousand individuals who were all keen to see me go to court. However, this money is only a tiny drop in the legal costs ocean if I proceeded and lost. My solicitors warned me of the time it would take and the huge costs it would rack up – easily six figures. My only asset is my house. I could not risk it. Justice apparently comes at a very high price, one that few can afford.

Therefore I decided to back away and distribute the remaining funds to a number of very good causes, making the donations in the name of Kirsty Blackman and David Paisley. At least some good could come out of this. I set out below a breakdown of where the money went.

The conduct of David Paisley and Kirsty Blackman

I believe their conduct was shameful. I believe it put me and Joanna Cherry at risk of serious harm. Both acted like opportunistic Poundland thugs – they wanted to damage a political rival and they didn’t care about the impact of their smears on any individual woman. The people of Scotland deserve better than this from their public figures and politicians. Ms Cherry and I certainly deserved better.

Both claim that their comments about me were motivated by genuine belief. It is not for me to know the contents of their hearts, but if that is what they really believe it is curious that neither made an immediate complaint to my regulator. It also says nothing good about their reading comprehension.

I ask them to think carefully about how they chose to conduct themselves. They should ponder how quickly I raised money to take action against them, from over a thousand people, many who commented how disgusted they were by their behaviour.

Do either of them really think that their aggressive vilification of those they consider ‘hateful bigots’ is a strategy that will promote love, inclusion and diversity across the nations? What is more likely that they are simply riding the Hate Carousel with great enthusiasm, signalling to their tribe and hoping for continuous validation. I hope at some point they will meet a person with much deeper pockets than I, who may show them the error of their ways.

The issues around sex, gender and self-identification are real and serious. That women wish to discuss this is not evidence of transphobia. To insist that it is and to attack, defame and seek to silence those women who disagree is wrong. It is hateful. It will be resisted.

I will, I hope, continue my resistance in court with regard to the lawfulness of the hate crimes guidance. Please do support me if you can.

Scotsman article, amended on 30th January after my email: https://archive.is/u4YSV

This article was revised on 1st February to remove all reference to me after I complained. Revised version here: https://archive.is/G75nh

Pink News article 1 Feb: repeats DP’s statement that I am encouraging people to burn synagogues. https://archive.is/jJjmi have emailed to complain.

27th Jan: claims my account suspended in December for a tweet about the Holocaust. This is not true. https://archive.is/PUrDH

1st Feb: tweets where I am quoting other people but DP relies on them as evidence of my views. https://archive.is/bMpl5

Tweets alleging I am a Holocaust denier: https://archive.is/FCLPx

Mumsnet thread with some interesting discussion about the interplay between defamation and freedom of speech: https://www.mumsnet.com/Talk/womens_rights/4147000-Sarah-Phillimore-suspended-from-twitter

Where did the money go?