Fruit of the Poison Tree 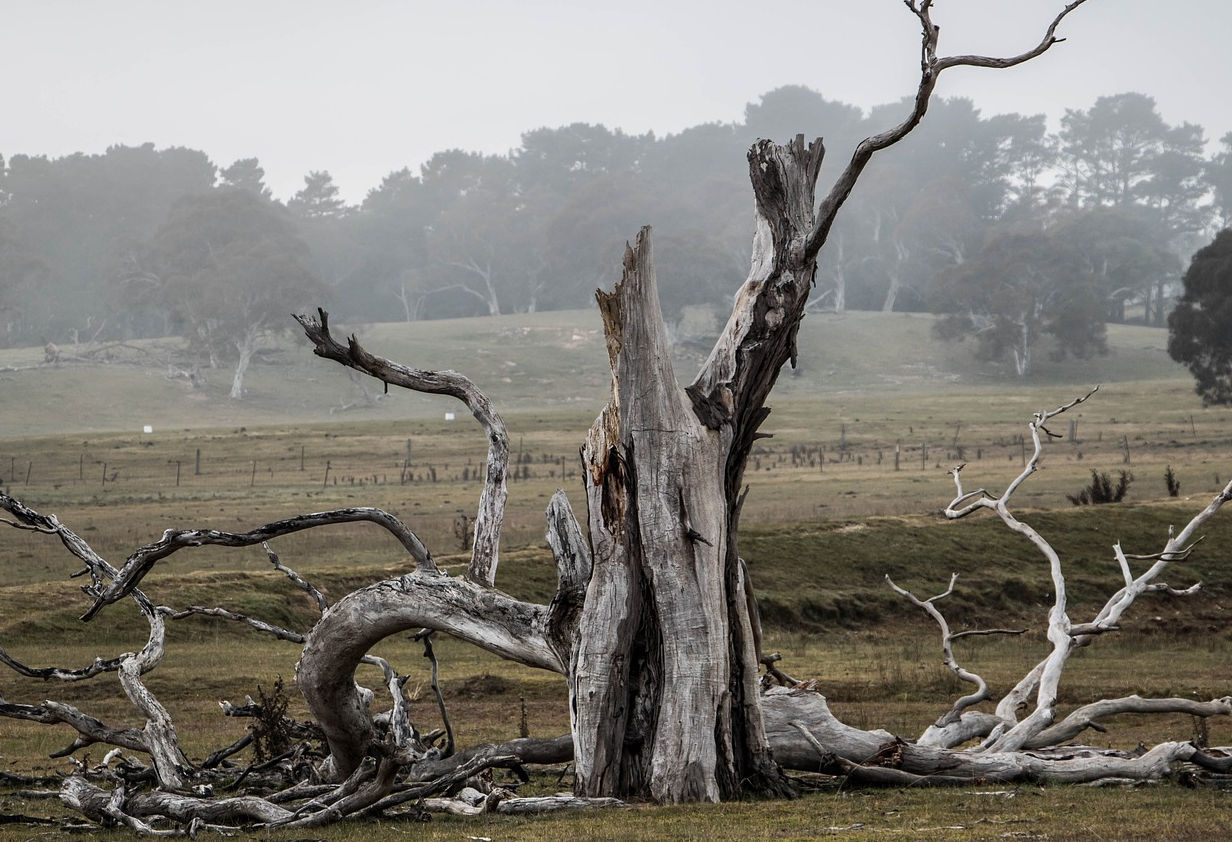 Barrister Sarah Phillimore writes about how an enquiry to her local police force revealed an unpleasant surprise about what they had recorded against her name and why she hopes the Supreme Court will declare the Hate Crime Operational Guidance unlawful.

Hopefully, you are all familiar with the case of Harry Miller and how Fair Cop came into being. If you aren’t, read all about it here: “A watershed for liberty” – Harry Miller’s statement following High Court win and read the full judgment here: Miller -v- College of Policing.

“In this country we have never had a Cheka, a Gestapo or a Stasi. We have never lived in an Orwellian society.”

In brief, he was visited at work by the police to ‘check his thinking’ when he tweeted about the Government consultation on the Gender Recognition Act, including one tweet that simply said the word ‘huh’ and a comment about Jenni Murray. His ‘hateful’ behaviour was recorded and liable for disclosure on a criminal records (DBS) check. Miller asked for deletion; this was refused and he applied for judicial review of this fatal combination of the mandatory recording requirements of the College of Policing’s Hate Crime Operational Guidance (HCOG) and its over-enthusiastic application by his local force, Humberside Police.

Miller won a resounding victory against Humberside Police, who were criticised in the strongest terms by the Judge as akin to the Cheka, the Stasi and the Gestapo. The Judge held that Miller’s contribution to the debate around gender identity was political speech given enhanced protection under Article 10 of the ECHR and wasn’t ‘even in the foothills of harassment’.

However Miller lost in challenging the legality of the HCOG; in particular, the requirement that any report of ‘hate’ had to be recorded, without any investigation into the credibility of that report and without any right of reply for the alleged perpetrator.

The Telegraph reported in January 2020 that 87,000 ‘hate incidents’ had been reported over 27 police forces in the five years since the HCOG took effect. This is clearly a very important issue and the Judge agreed it was appropriate for a ‘leapfrog’ appeal straight to the Supreme Court, bypassing the Court of Appeal.

Until recently my interest in this situation was purely professional. But on 1st July 2020, I made my own Subject Access Request (SAR) to my local police force to find out what they held against my name and it all got a little closer to home. I found I was one of the 87,000.

I got the occurrence report on 6th July. It reads:

A barrister who has been posting hate’ about Jewish and transgender people.

I am not even given the benefit of an ‘alleged’. It records my full name, my address, my date of birth, my telephone number and my work email. The complaint was made in December 2019 and I had never been told anything about it.

I then asked for disclosure of the online publications that formed the basis of this complaint. I received 12 pages of screenshots of tweets dating from May 2019 to December 2019. These tweets were a mixture of jokes, sarcasm or simple factual statements: transwomen are men, for example. There was no abuse; no threats; no targeting. The posts were deliberately viewed without context; the police log records it ‘only relates to posts made by SARAH PHILLIMORE and not in context to the posts she was replying to’.

With regard to my comments about Jewish persons, it was noted that there is nothing ‘overtly offensive’ but that a public order offence is ‘not wholly made out’.

One of the tweets complained about says this:

I find this constant energetic attempts by many to rewrite history as truly disturbing. Yes, the Nazis hated a lot of people but without doubt it was those of the Jewish faith who were primarily targeted for mass destruction. Are we now to hear of the Trans Holocaust?

How can that comment be construed by anyone as ‘hate’ about anyone or anything? It is a statement of historical fact, coupled with my legitimate opinion that Holocaust denial is a serious problem.

There are pages and pages of my ‘hate’ against transgender people where I say disgusting and offensive things like this:

The Equality Act does protect sex as a characteristic. But it isn’t one of the police’s bonkers protected strands for the purposes of hate crime/non crime as they know it would overwhelm them in about five minutes.

The police (rightly) took no further action commenting, ‘what she says is not offence [sic] no matter how disagreeable and offensive to the RP’ (reporting person). However, despite that inevitable conclusion, it is still recorded as a ‘hate incident’ against my name — which is helpfully set out in ALL CAPS. No third party reviewing that document will see the word ‘incident’. They will see the word ‘hate’.

The anodyne nature of the tweets and the fact that someone waited until December to report publications made in May, made me doubt that anyone could genuinely have been outraged. That doubt was cemented when I looked more closely at the screenshots and saw the words in bold: Jewish, hate, police, report, trans woman, Nazi. Someone had simply conducted an advanced search of my tweets using those keywords. Any outrage here was clearly manufactured.

I made a complaint to the police on the basis that this report was malicious. I was able to provide a wealth of evidence to support my assertion that I have been targeted and harassed online since 2016 by a group of people. The clearest evidence of malice in my view was the online boasting of one anonymous Twitter account which in June 2020 made repeated gleeful references to my now having a ‘record for life’ of my ‘hate’.

I asked the police to either delete this recording or if they would not do that, to delete all identifying details about me and simply refer to ‘a Wiltshire resident’. If they would not do that, my third and least favourite option would be to amend the record to include my objections and that I had provided evidence to support my assertion that this was a malicious complaint.

The police decided they would not delete but record my objections alongside this record, which will be kept for six years. They wrote to me to say:

The grounds of False/malicious allegation cited are not met. No additional verifiable evidence has been presented that categorically supports your claims that the report was made out of malice, and early deletion of this record is not considered to be in the public interest at this stage.

That being said, I have considered your request to add a ‘Disputed Information Marker’ to the record and feel it would be prudent to grant this request in order that your concerns and contrary viewpoint are fully documented. As such, I have authorised that the following statement is added to the relevant Occurrence Entry Log (OEL):

‘The data subject Miss Sarah PHILLIMORE has notified the data controller that she disputes the accuracy of the data contained within this log and is adamant in her assertions that the allegations made against her with respect to hateful online commentary are malicious. Full details of the evidence presented by Ms PHILLIMORE in support of her claims, along with the actual Subject Access disclosures are held by the RRD Unit – Ref: RRD 2020/009

I have appealed against that decision. If the police won’t delete I will consider applying for judicial review of this refusal and will crowdfund if necessary. The implications of this go far beyond my personal feelings of anger: this could happen to anyone and the consequences could be very serious.

I am glad the police decided at least to record my objections. But it doesn’t make this whole bizarre and ridiculous situation much better. If my Internet Fan Club hadn’t displayed their reliably boastful incontinence, I would never have known about this — unless and until of course it was thrown up in some DBS check and lost me a job or a volunteer position.

I exercise my right to talk about issues of gender identity – this is protected political speech. I won’t let the ersatz Stasi-esque behaviour of my local force stop me.
The mandatory recording of such reports is useless. Allowing malicious and unverified reports about anodyne tweets to be recorded as ‘hate’, fails on every level to serve as relevant and useful intelligence about the amount of ‘hate’ expressed by Wiltshire residents to help the police deal with ‘escalation’. But it’s far worse than that. What the police are doing is allowing themselves to become accomplices to those who themselves wish to harass others — anyone with a grudge can make repeated complaints of ‘hate’. The suspect is not told.

In the wake of Stephen Lawrence’s murder and the Macpherson report, it was clearly hoped that this tree would bear fruit; that hate would be better tackled by building up a picture of where and how these ‘incidents’ might escalate into ‘crime’. But that tree is now poisoned, root and branch. ‘Reports’ like this provide no useful data, just another avenue for the lonely, the angry or the just plain vicious to cause trouble for people they don’t like. The police should not be complicit in this process.

So it is with renewed vigour that I continue to offer my support to Harry Miller at the Supreme Court. We have both now had our good names and our Article 10 rights attacked on the say-so of an anonymous troll who can act, not only without consequence, but with police backing. The Hate Crime Operational Guidance and its requirement for mandatory reporting is irrational and unreasonable and I hope therefore will be struck down by the Supreme Court as unlawful.

In the meantime, I will keep writing and speaking. Have a look at my Twitter timeline if you want. I don’t delete tweets unless I’ve made an embarrassing typo or someone asks me (politely). It’s all there, in public. I have no ‘hate’ for anyone. I do get annoyed and sarcastic with people who seem to be deliberately stupid. This isn’t a criminal offence. I exercise my right to talk about issues of gender identity – this is protected political speech. I won’t let the ersatz Stasi-esque behaviour of my local force stop me.

But now I will be making periodic Subject Access Requests to keep an eye on what they see fit to record against my name.

I advise others to do the same.