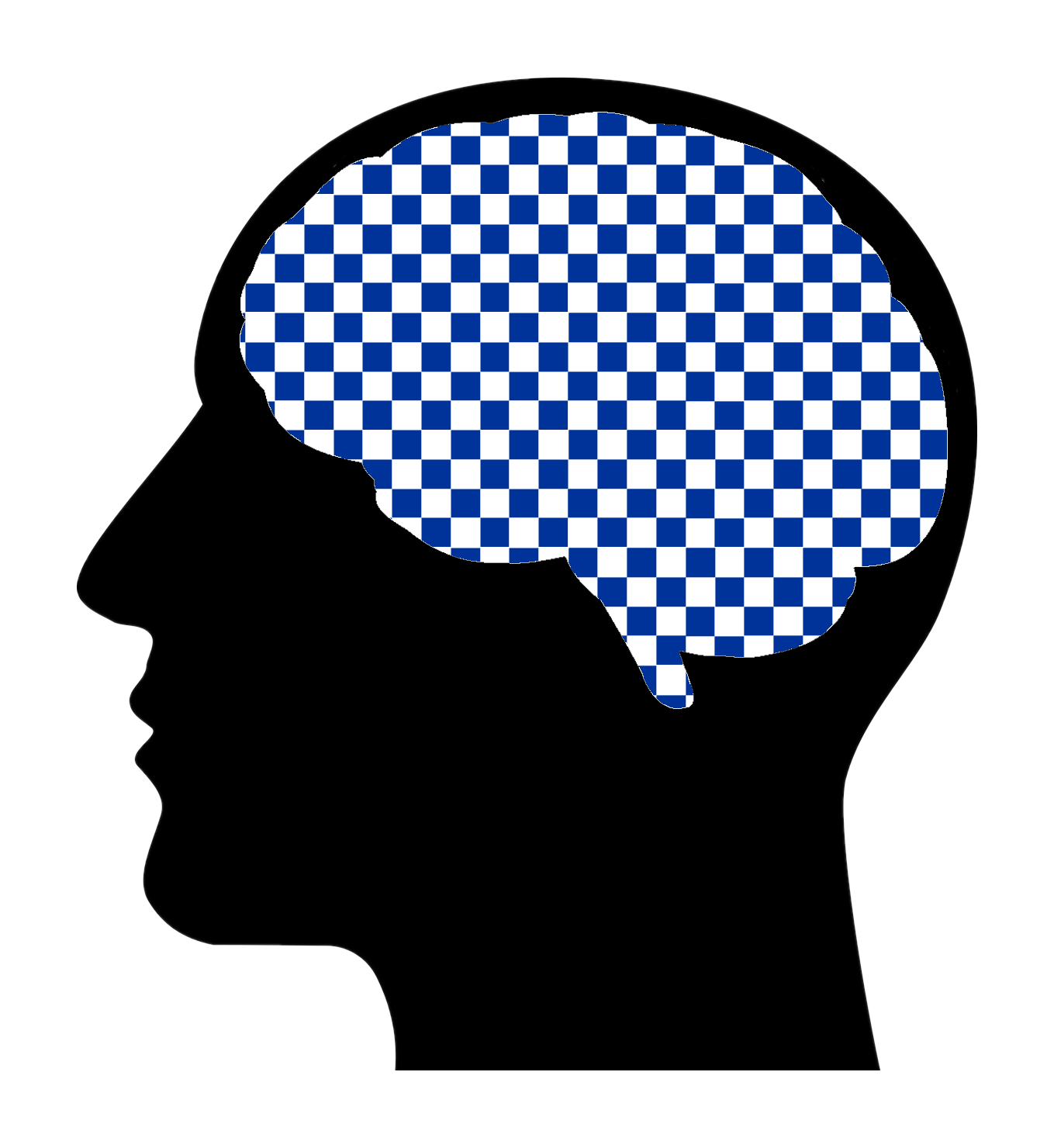 Fair Cop issues the following Thought Warning to any critical thinkers in the Avon and Somerset region: Don’t speak out loud without first checking the Stonewall Glossary. Because your Assistant Chief Constable is on a mission.

This story begins back in October when a Fair Cop supporter contacted the Avon and Somerset Police seeking answers to some fairly rudimentary questions. Is a prisoner’s sex recorded? Must the sex of an officer be the same as that of the detainee when conducting strip searches? Is it true that misgendering might constitute an offence?

Despite local MP John Penrose also demanding answers, it took the force a full eight months to respond. (For Avon and Somerset, answering simple questions from the public clearly plays second fiddle to, say, the suppression of dangerous leafleters from Fair Play for Women — an operation that required four officers and a police horse.)

At Fair Cop we’ve spent the last year-and-a-half sniffing out Stonewall’s influence on police policy and we’ve developed something of a nose for bullshit, even when it floats in bearing the lofty insignia of an Assistant Chief Constable.

To the clearly-stated enquiry about recording the sex of offenders, ACC Cullen does the predictable Stonewall shuffle:

Our systems record the gender of individuals coming into police contact. These may be self-identified or recorded by the officer according to their observations. We will always ask what gender a person identifies with and deal respectfully according to their wishes.

Avon and Somerset display a high degree of commitment to the syntax of gender identity as was evident by its recent full-throttle promotion of International Pronouns Day. Like habeas corpus and not being subject to cruel and usual punishment, being addressed with the correct pronoun (Zie, Zem, Xim, etc) is a fundamental human right, which is why Avon and Somerset Police are on a mission to [checks notes] alter your language. Hello guys must now be hello folks, ladies and gentleman is now distinguished guests and he/her must now be replaced with they. (For more on Avon and Somerset’s vital work on enforcing inclusive language, this short interview with Sgt Riddell is well worth a listen.)

But what about suspects themselves? What about their right to be searched by the same sex?
We’d advocate advising where to stow their non-binary pronouns but a) the police carry Tasers, b) we’re reluctant to chalk up any more hate crimes, and c) the demand that we change our language comes with a credible threat: maliciously applying the wrong pronoun, confirms ACC Cullen, may be a breach of the Public Order Act. To be clear, this is the same Act that is used to prosecute a riot.

When answering the question about who may search a detainee, the Assistant Chief claims that the law is unclear. It is not. The law states (Police and Criminal Evidence Act 1984 – Code of Practice for the detention, treatment and questioning of persons by Police Officers, Annex A) that when strip searches are conducted, the police officer carrying out a strip search must be the same sex as the detainee.

What has confused the Assistant Chief is guidance masquerading as law. Annex L of the guidance contains the standard Stonewall tropes and biology-denying conflations.

The guidance demands that, regardless of biology, if a detainee claims to be a woman, then it is on that basis alone that the police are required to proceed. Furthermore, the police are forbidden from asking whether the detainee has, or is planning to acquire, a Gender Recognition Certificate, as this is somehow classed as degrading. Stonewall has been politically campaigning for the removal of this legal requirement, condemning it as outdated and cruel. They should pat themselves on the back as the police are already compliant.

Difficulties in squaring safeguarding with guidance is dismissed by the ACC who is more focused on rolling out a thing called Cultural Intelligence Training than grappling with actual law. The constables of Avon and Somerset may soon learn to distinguish a Renoir from a Matisse but, in the process, will unlearn the distinction between a man and a woman.

If it is not already the case, Avon and Somerset will soon be a dangerous place to be a female police officer or a female detainee. A whistle-blowing sergeant addressed the concern:

Imagine we pull in a six foot brick shit-house who we suspect of hiding drugs beneath his foreskin. He sees me — another six footer — standing with two female officers. He knows he’s about to be strip searched and so insists that he’s actually a woman. According to orders, we cannot question the identity. So, now who’s got to search him?

ACC Cullen pays lip service to the conflict of interest, making the suggestion that resolution might be found via cooperation. From a safeguarding point of view, this is a non-starter: faced with a recalcitrant detainee, it would require the female officer to negotiate the temporary removal of her biological sex. The suggestion is as cruel as it is absurd.

Similar concerns exist for genuinely female detainees who, in addition to the trauma of having their freedom restricted, may find themselves forcibly strip-searched by a trans-identified male police officer who remains fully intact. A female constable told us her concerns:

I think this is entirely inappropriate when we remember that the vast majority of females in custody will have been victims of male violence and sexual abuse at some point. They will have no option to refuse, can be forcibly restrained in order to perform the search, and by the look of ACC Cullen’s email, could be guilty of a public order offence if they were to question this, or misgender the trans-identified male officer.

PACE tells police forces that searches must be performed by an officer of the same sex as the individual, but goes on to say that where someone has a GRC their acquired gender should be treated as their sex. Confusingly PACE also tells us that police are not allowed to ask if someone has a GRC, so ultimately officers are expected to see how someone looks and perhaps what sort of ID the individual carries, and treat them as the sex they present — whatever that means.

So far, so wishy-washy.

This issue is further complicated by the fact that having a GRC is entirely irrelevant because there is no requirement for any surgery to obtain one. So a fully intact, male-bodied person could simply give a female name and they’d have to be treated as female, and two women officers would have to perform a strip search on this male-bodied detainee.

A change of PACE

Not very fair on the officers. But what about suspects themselves? What about their right to be searched by the same sex? 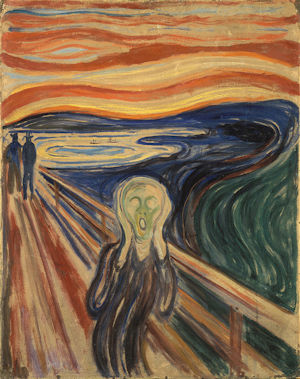 The same PACE guidelines mean a male-bodied trans officer could perform strip searches on a female detainee without her having a say.

This is entirely inappropriate, especially when we remember that the vast majority of females in custody will have been victims of male violence and sexual abuse at some point. They will have no option to refuse, can be forcibly restrained in order to perform the search, and by the look of ACC Cullen’s email, could be guilty of a public order offence if they were to question this or misgender the trans-identified male officer.

Stonewall and their minions are extremely reticent about explaining the sweeping legal changes that the Glorious Gender Revolution will bestow. In fact, it’s their strategy to avoid discussion at any cost. The only way we can prevent the steady, stealthy erosion of our rights is by shining a spotlight on captured organisations, show them we’re watching — and demand a change in the PACE Code of Practice to bring it in line with the law.

And that’s where you can help. If your local force has difficulty understanding the law, if you’ve been Stonewalled in your attempts to get clear and honest answers from the police, Fair Cop would love to know. Send us your tips and see your constabulary featured as our Police Force of the Month.