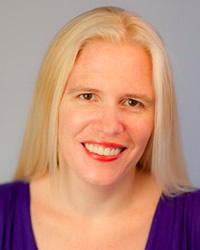 In March 2019 Caroline Farrow, a freelance journalist, was contacted by Surrey Police and threatened with an interview under caution after using the wrong pronoun to describe a transgender girl.

She was told if she didn’t turn up to the interview, she would be arrested. The case was later dropped after her accuser withdrew the complaint.

“I was alarmed to receive a voicemail from Surrey police in the middle of March, informing me that they needed to ‘have a chat about some tweets that were sent’. While much of my Twitter output might be deemed lively or passionately-worded, this is a long-way away from crossing any kind of criminal threshold.

When the police eventually called me back after an agonising couple of hours, they informed me that following a television appearance where I discussed transgender issues, I would need to be called in for a taped interview under caution.

The officer was extremely keen to get the interview booked in straight away over the phone, attempting to book me in with the duty solicitor. When I declined, stating that I would prefer to be represented by my own solicitor, I was warned that a summons would be issued for my arrest, if I declined to attend.

Thanks to my status as a journalist, I was able to mobilise the press and also the general public behind my cause, which prompted the complainant to reconsider. Others are not so privileged.

In contrast to my perceived offence, my family has been subject to months of harrowing online abuse which has spilled into real-life. My husband has been forced to change his contact details, our address has been published, my children named and their schools identified. Violent threats, including threatening to disfigure us with acid, have been made. I have been subject to threats of a sexually violent nature.

Two videos were made about me; one calling for my imprisonment and rape; another naming my 9 year-old daughter which used a number of expletives to describe her. In addition, inappropriate posts of an adult nature were made in her name on a transgender teen forum. My photographs were added to pornographic websites and dating sites. Photographs were published of the interior of our church along with chilling threats to visit us, and my husband was subject to a malicious accusation of child abuse. Even my 78 year-old father has been targeted.

Requests have been made to access my NHS records, credit cards applied for in my name, fake orders placed with online retailers, including suppliers of adult goods and multiple deliveries of takeaway food – at one point up to eight per day!

So far, the police have taken no action against our tormentors, leaving my family and I in a constant state of fear. The only official advice I have been offered by the police is to ‘stop discussing transgender issues.’

It seems clear that the police will act swiftly when they are ideologically motivated to do so, but have absolutely no interest in protecting my own Article 10 rights of freedom of expression.”

Their case against me has been dropped.”

Have you been contacted by the police for expressing gender critical views? Get in touch with us here.